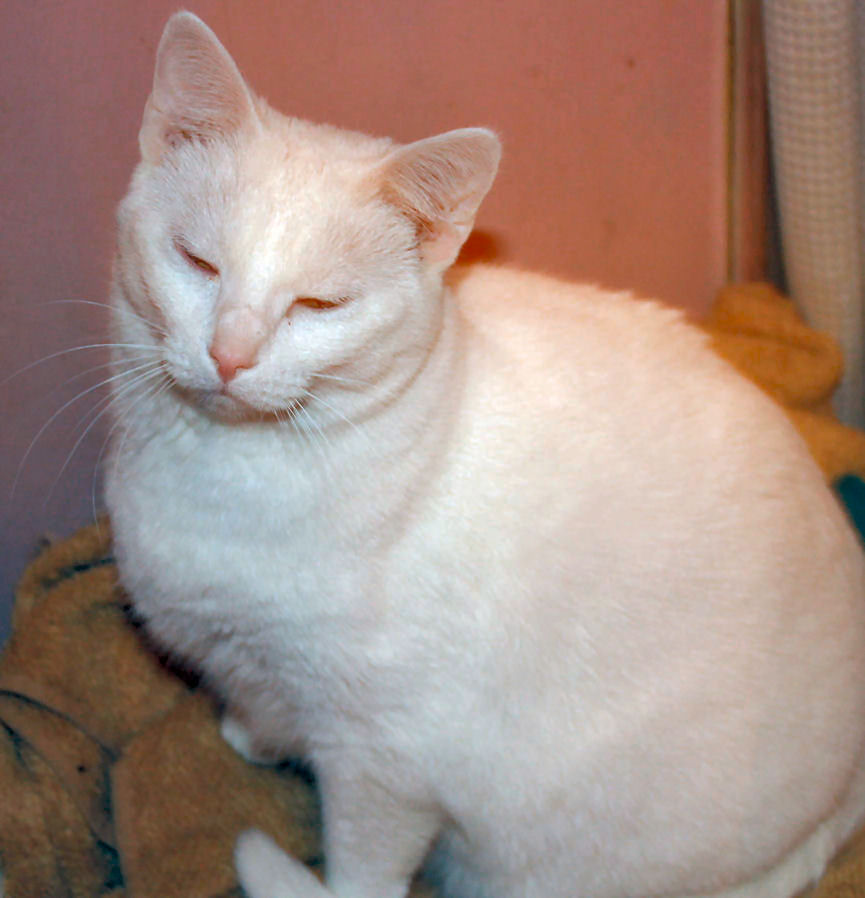 Coco first appeared outside the shelter as an occasional streak of pure white energy. She was very young (probably about 10 weeks) and totally unapproachable. We set food out for her whenever we saw her but would have to disappear from her sight before she would approach the dish. It took several months to get her trapped and spayed, then it was another month or so before she was socialized to both humans and other cats. She is quite friendly once she gets to know you but will hide from people she doesn’t know.